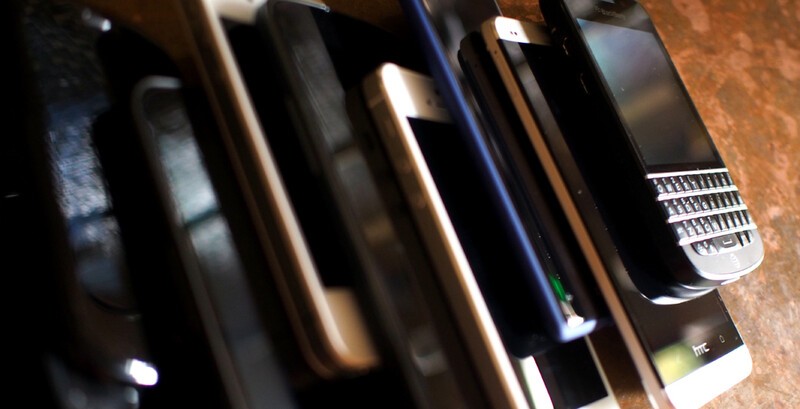 Just what is the UnCarrier?

Before we jump into the differences between these plans, let's have a look at how T-Mobile's "Uncarrier" system works, because it's had some far-reaching effects on the rest of the U.S. cell phone business.

Typically you've signed up for a two-year contract with your service provider. You make a down payment on a great smartphone then pay each month. That rate includes both your service plan and a payment for your phone. Cell carriers have been subsidizing the cost of expensive cell phones by building in the cost to their service plans for years. Then, if you decide to leave the plan early, you get hit with an early termination fee.

T-Mobile's Uncarrier plan shifted those costs - you pay separately for your phone in installments and are charged a monthly fee for the service; if you cancel your plan, you don't get penalized, but you do have to pay off the balance of your phone. Then they decided to offer an upgrade program that doesn't stick you with that balance, either.

AT&T and Verizon had little choice but to offer similar programs.

But as usual, the devil is in the details.

T-Mobile's JUMP program - an acronym for Just Upgrade My Phone - tacks on another $10 per month to your bill. For that, you're able to upgrade your phone every six months. You're still agreeing to a 24-month installment payment plan, though how much you'll have to pay up front can be influence by the sterling silver shine of your credit rating, too. But after six months go by, you can upgrade to the newest phone models by turning in your own phone and resetting the calendar back to 24 months again. And, just like before, you can walk away from your contract at any time without paying an early termination fee.

Initially T-Mobile required you to make a down payment on the phone, but after Verizon and AT&T rolled out their plans with no money down, T-Mobile's gone $0 down as well.

On the surface, JUMP seems like a good deal. But there are a few caveats you have to consider. One I've already mentioned: the terms of the JUMP plan vary depending on your credit rating. Zero percent APR financing is available for all customers regardless of credit, but if you're just building up your credit or rebuilding credit after the past few years of economic strife, you will pay more upfront.

Another caveat is that you're paying $10 per month to be part of the JUMP program. $60 doesn't sound like much, but it's $60 plus the installment cost of the phone. It adds up quickly. And if you break your phone, you'll be charged a deductible on top of the monthly fee.

Finally, not every phone vendor is going to be able to accommodate you with a new model every six months. If you want the latest and greatest Android hotness regardless of manufacturer, a six month program might work out really well for you. But if you're brand-loyal to a specific vendor like Apple, for example, you may be trapped in an annual upgrade cycle that matches the vendor's schedule, instead. That means more months of payments.

AT&T responded to Verizon's program with Next. Next allows you to upgrade your phone every 12 months, instead of every six, immediately making it less of a good deal - because you're going to be paying that much more for your existing phone. And just like the JUMP program, you're renting your phone - you need to turn it over to AT&T when you're ready to upgrade.

After making 12 payments - one year - you can trade the device in and upgrade, without making a down payment - or you can keep using (and paying) for your device and own it free and clear after 20 months. Also, AT&T's program doesn't charge any financing fees, you're not compelled to sign a contract, and you're not charged any activation fee.

On the surface, it sounds like a great deal, doesn't it? But there's a catch - a big one. And it's the same catch as you run into with Verizon's new Edge program. Before I explain the catch, let me bring you up to speed with what Verizon has planned.

Verizon Wireless' Edge program is cursorily similar to AT&T's and T-Mobile's - no down payment, no upgrade fees, no long-term contract (essentially renting your phone, just like the other plans). Like T-Mobile, you can get a new phone after six months.

It's important to note that Verizon limits you to upgrading only after you've paid off 50 percent of your phone. In the case of an iPhone 5, BlackBerry Q10 or Samsung Galaxy S4, you will have paid off between $300-$325 before you can upgrade.

So sure, you can upgrade after six months if you want, but in the example I just cited, by the time you're eligible for an upgrade you'll have forked out $163 or so. On a $650 phone, that means you'd have to pay another $162 to upgrade. Compare that to the $60 - $10 per month in JUMP fees - you'd get charged by T-Mobile, and you can see that Verizon's making out like a bandit here.

But that's not the worst of it. Because with AT&T and Verizon, in the end, you're getting charged twice.

In either AT&T or Verizon's case, they're not making their rate plans more affordable. And those rate plans already have built into them a subsidy that you pay the company for your phone. They don't tell you what that subsidy is. And when reporters ask, they won't answer. But they admit there's a subsidy there in their quarterly paperwork with the federal government.

I make no secret of my preference for T-Mobile : the company has made its plans cheaper to use than the competition, and what's more, they're being more up front about the costs that you're being charged, so you can see it coming. T-Mobile is giving you a discount for buying your phone outright, while AT&T and Verizon don't.

I'm a T-Mobile customer, and the family plan we have nets us about $100 a month savings compared to our old, similar plan with AT&T. That's for a similar data cap and the same capabilities, like Wi-Fi hotspot capabilities.

The problem is T-Mobile's coverage. If you're in an area with T-Mobile LTE service, you're in great shape - their LTE transfer speeds typically outpace AT&T and Verizon by quite a bit. But get outside of those areas and T-Mobile service can take a nosedive. T-Mobile is a GSM carrier like AT&T, but they use different frequencies, and their coverage inside of buildings and other structures isn't as strong either. T-Mobile's building out their network as fast as they can, but it's taking time. I'm willing to put up with it because of the savings, and because I don't want to fork over any more money to AT&T. Your mileage, as in all things, may vary.

Americans have gotten accustomed to paying $200-$300 up front for the latest smartphone, but they cost a lot more than that - more than double that for the highest-end phones. That price seems to be pretty steady. Any way you slice it, smartphones are expensive, and that price isn't going to go down very much. Manufacturers keep packing more capabilities into them, and that engineering and R&D costs money that gets passed along to consumers.

For years, cell phone service providers in the US have buried those subsidy charges into their monthly fees, imposing stiff penalties if you try to break your contract to make sure they don't end up losing money if you walk away early. Some of them, like AT&T and Verizon, are still trying to get away with charging you that subsidy, even if they're presenting what appears superficially like a better deal.

Having said that, there may be very good reasons for you to jump on board with any of these new programs. You may not be able to pay for a new phone up front, for example. Many of us like to have the newest shiny thing as soon as we can - regardless of whether our cash flow allows it. Both T-Mobile and Verizon's plans let soothe that itch (presuming we're not trapped by a specific vendor's upgrade cycle). AT&T's annual plan may be more on track for some vendor upgrade cycle's like Apple's, but you'll still end up paying about half the overall cost of your phone with nothing to show for it in the end.

If you're using AT&T or Verizon, it may not make any sense to pay for your phone separately if you're not going to get a better deal.

In the end, look at the individual costs of each program and figure out what best meets your needs. But understand that, as science fiction author Robert Heinlein observed in The Moon Is A Harsh Mistress, there ain't no such thing as a free lunch. Smartphones aren't cheap, and you're the one footing the bill.